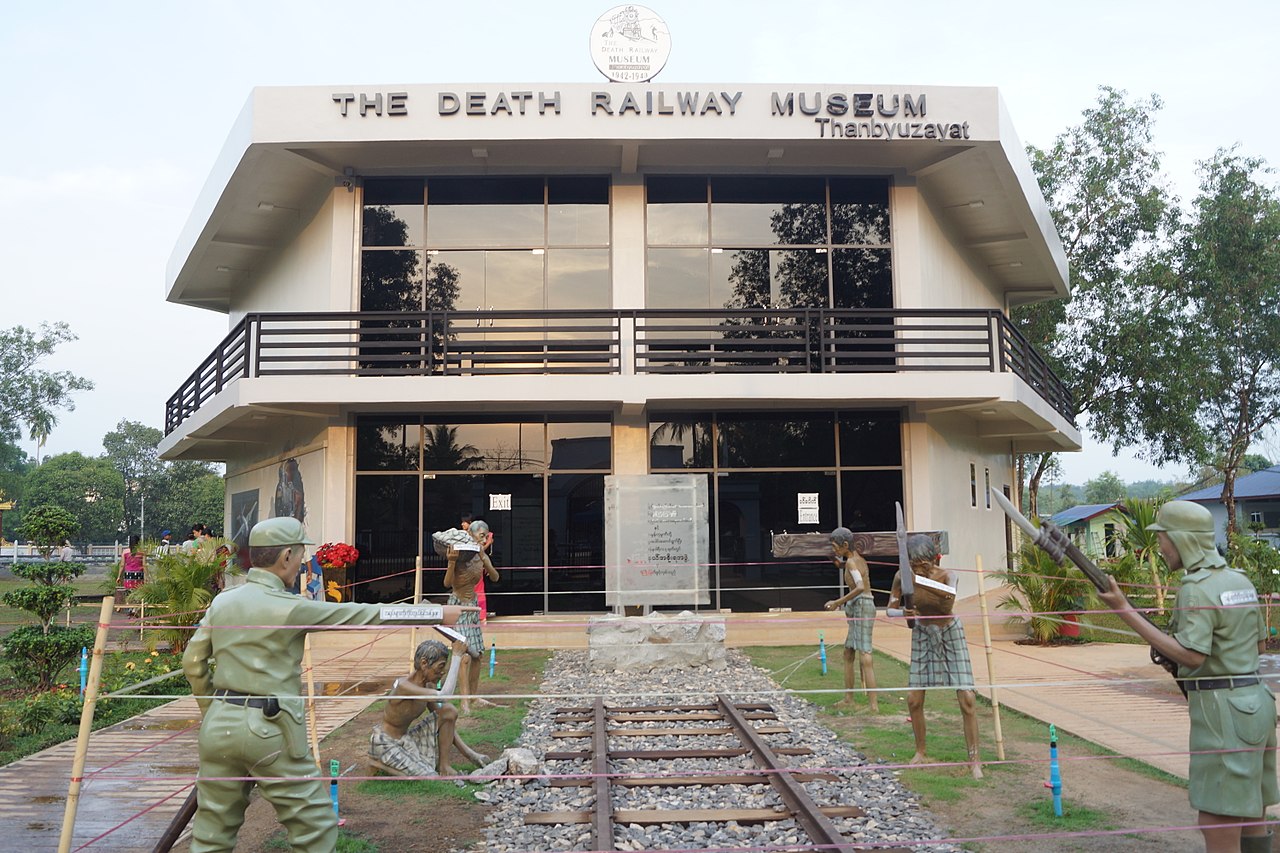 Thanbyuzayat was the end of the line for the infamous Burma-Siam railway linking Thailand with Myanmar during the Japanese occupation in World War II. It was known as the Death Railway due to the many prisoners of war who died constructing the 415 km long line for the Japanese Imperial Army. The line started from Nong Pladuk in Thailand, over the Mae Klong river (which was later renamed River Kwai in 1960) 5 km north of Kanchanaburi, through Payathounzu (Three Pagoda Pass) on the Thailand-Myanmar border and then headed northwest to Thanbyuzayat over rough and rugged terrain. Only 112 km of line ran within the boundaries of Burma.

An estimated 100,000 people died constructing the railway, including Australian, Dutch, American and British prisoners of war, as well as labourers from Myanmar, Thailand and Malaysia. A Death Railway Museum has been established about a kilometre from Thanbyuzayat's main town center. The museum contains amongst other things, a piece of track from the original death railway line that was found by the former Australian Ambassador to Myanmar, Mr Trevor Wilson. Unfortunately, the main building of the museum is often locked and entry into the building will require prior permission from the Thanbyuzayat's town administrator. In the grounds of the museum, however, a memorial has been established complete with train track, a plaque and one of the original locomotives donated by the Japanese authorities from a museum in Yokohama.

Getting there: Thanbyuzayat is 60 kilometers south of Mawlamyine on the way to Setse and Kyaikkami.

The Ngwe Moe Hotel is located on the banks of the Thanlwin river on the strand road in the Mawlamyine, Mon State,Myanmar.